27 °F / -3 °C 6:50 AM
iFly.com
Beijing Capital International Airport PEK - or simply 'BCIA' - serves greater Beijing, the capital city of the People's Republic of China. It is a 4-star rated airport (and Terminal 3 has a 4.5-star rating), is currently the world's largest  - and Asia & the world's third busiest airport. Skytrax has rated it as 'Best Airport in China' for the last 4 years. World Airport Awards in 2013 ranked PEK as the world's fourth-best airport, and in the same year BCIA came in third place for passenger satisfaction.
The BCIA hotline number is 96158.

With 94.4M passengers in 2016, and three long runways, Beijing Capital International Airport is hub for Air China, China Southern, China Easern, Hainan, Shanghai & Shenzhen airlines, and is served by a host of domestic and foreign airlines offering numerous direct and connecting flights to all points of the globe.

As of June 27, 2017, Xiamen Airlines offers flights from/to Los Angles LAX, departing LAX Tues, Thur, Sun at 12:15am with arrival at Xiamen at 5:30am.
Xiamen also offers direct flights as of June 2017, to Zurich, and Lisbon.

BCIAl has three passenger terminals - T1, T2 & T3--the'Dragon Terminal'. Each of the terminals has its own parking garage with large & small-car parking facilities.  For Terminal details at this site open ‘Terminal Map’ and scroll down to the text; for Parking details, open ‘Parking Map’, for ground transportation open ‘Ground Transportation: /Buses & Trains.

NOTE:
- No oversized baggage is allowed to bring on-board.  The maximum measurements of bags cannot exceed 55 cm x 40 cm x 20 cm!  This measure will ease flight delays.
- China has granted a 72-hour 'visa-free transit' for nationals of over 50 countries, including the U.S
- Tax Refunds:  Overseas tourists may claim a tax refund for eligible purchases at designated tax refund shops.
- Repair work for 3 of the 4 runways was completed by April 2017; while completion of Runway 4 is scheduled for 2018 - when BCIA will be able to handle another 8 million passengers annually.

- The new  $14B Beijing-Daxing Airport (BDIA) 31 miles south of Beijing is currently under construction - intended to become a second Beijing airport - not a replacement).  BDIA is located 46 km south of Beijing's city center - between Beijing's Daxing district  & Hebei Province (north of Yongding River & 46 km south of Tiananmen Square).
The passenger terminal will cover 313,000 sq.meters, with a centerpiece and five 'arms' (in the shape of a phoenix spreading its wings).  The wings use images from Chinese culture, and  have a short walking distance of under 600 meters between them.
The new Airport will have 7 runways, and a capacity of 100M passengers annually:  The star-shaped terminal complex with 7 'arms' (concourses) surrounding its core is tentatively planned to accommodate SkyTeam member airlines*.  BDIA is to hold initially 45M passengers annually, and be adaptable to operate in several different configurations as requirements dictate. It will also house an integrated multi-modal transportation center linking it to local & national rail services (including the Gaotie high-speed rail.)
By June 30, 2017 BDIA's Terminal steel structure  was completed.
The next phase of construction is to accommodate 72M passengers, have 4 runways, supporting buildings &  facilities, and a passenger terminal covering an area of 700,000 sq.meters - scheduled to be completed by July 2019.

* While Air China and its Star Alliance partners will continue operating from BCIA - China Southern & China Eastern airlines, together with SkyTeam partners (currently operating from BCIA) will move to BDIA - whereupon China Southern & China Eastern will each be allowed to use 40 percent of Airport passengers, and gain coveted time slots to Europe & U.S.A.  With all of the SkyTeam alliance members under one roof - BDIA will be able to offer seamless flight connections.
It is expected that once Daxing Airport is completed, both airports (Capital & Daxing) will capture about half of the total passenger count. 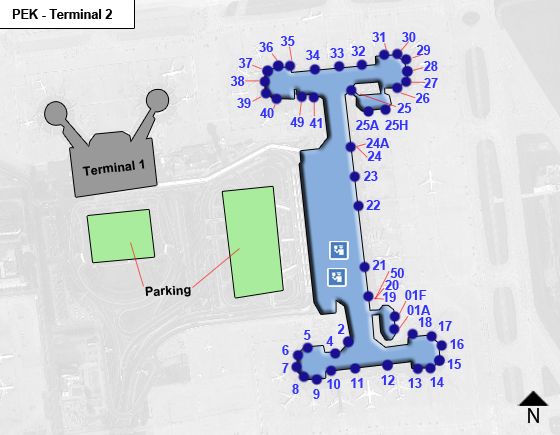 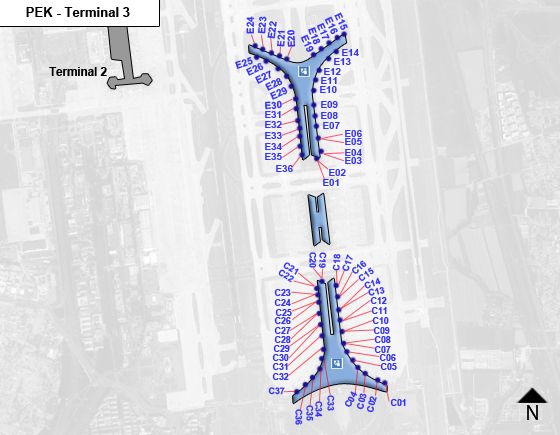 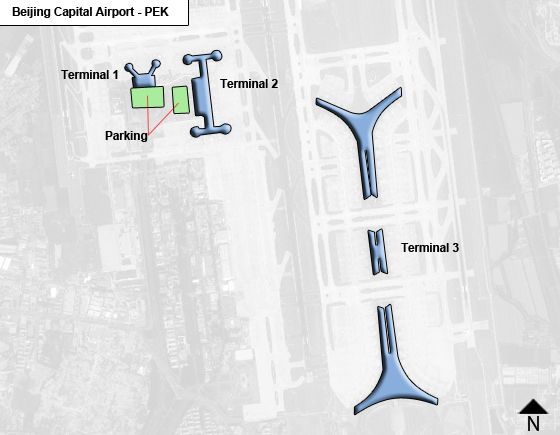 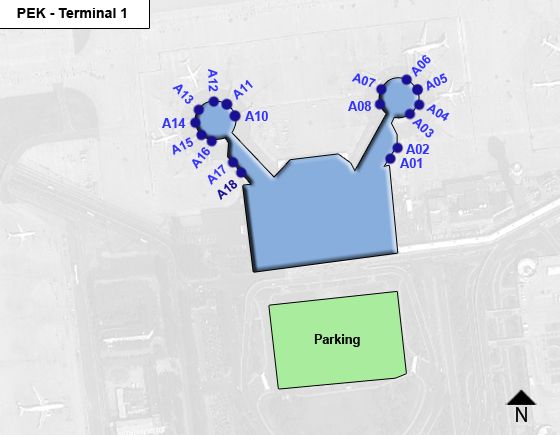