With a long runway and 1.1 million passengers in 2016, Columbia Meropolitan Airport is served by major airlines offering direct flights to major hubs in the eastern part of the country.
While Delta will use larger airplanes, starting Fall 2017 - American Airlines will do likewise by early 2018.
Columbia Metropolitan Airport is only over an hour from Charlotte's airport, meaning that once gas prices head up, more passengers will be inclined to use Columbia Airport instead.

Columbia Metropolitan Airport has one passenger terminal.  For Terminal details at this site open ‘Terminal Map’ and scroll down to the text; for Parking details, open ‘Parking Map’, for ground transportation open ‘Ground Transportation: /Buses & Trains. 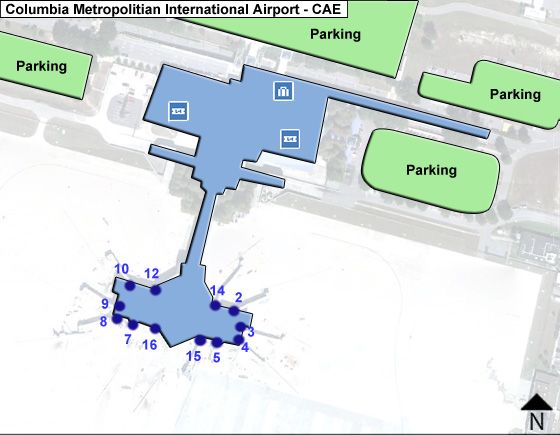