Eastern Iowa Airport has one main passenger terminal with 13 boarding gates on one concourse (C).

View the full list of airlines served at CID here.

The hourly Parking lot is one of the most convenient parking options at CID Airport. The first 20 minutes are free.

$12 is the daily maximum

Another comfortable option to park at Eastern Iowa Airport is Long Term Parking. The first 20 minutes are free.

$7 is the daily maximum

When it comes to getting to or from the airport, there are a variety of possibilities. Taxis, limos, public trains or buses, shared-ride vans, and the self-reliable option of driving and parking are all options. Many passengers also opt for ride services such as Uber, Lyft, and Taxis.

The rental car agencies maintain an office right next to the baggage claim area of the Eastern Iowa Airport. Avis, National, Enterprise, Hertz, are some of the well-known providers for rental cars.

Taxis at CID Airport can be booked and the arrived passenger can be picked up from the airport territory.

To help you have an amazing stay, Eastern Iowa Airport provides visitors with different amenities and services including: 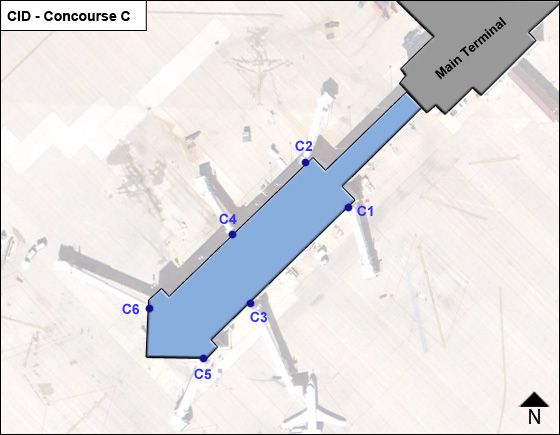 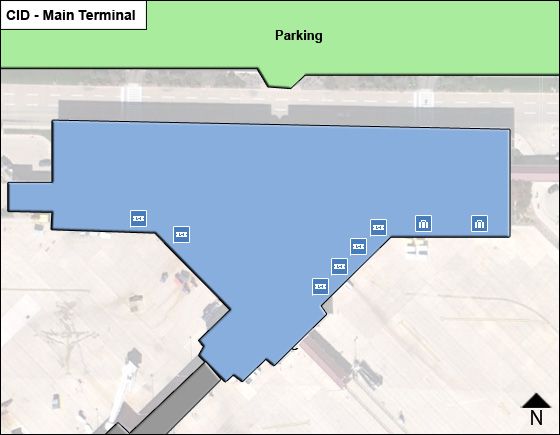 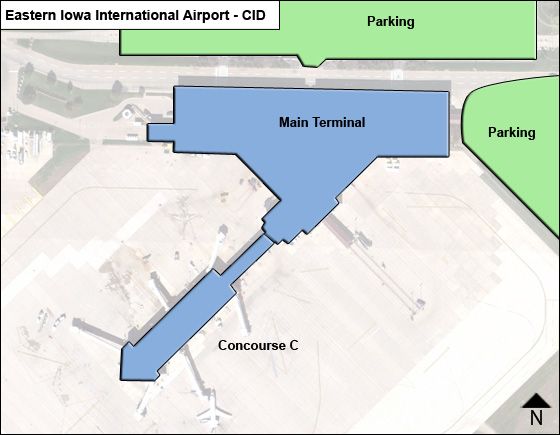 Yes. The terminal of Eastern Iowa Airport is wheelchair accessible. Wheelchair users will find specially built curbs, doors, and elevators at strategic spots. The visually challenged can use elevators with Braille floor labels and elevated control buttons.
As a general rule, if your doctor has prescribed a liquid medicine that you need, the liquid limit can be increased to 100ml/3.4oz. Insulin pumps and syringes can also be carried in your carry-on bag. However, all drugs must pass the airport screening process.
If you believe you have left something in the airport terminal, you can contact Lost and Found via their contact number or email. CID Airport Helpdesk will respond within 24 hours. For items left on airplanes, please contact your airline. Most items are kept for 90 days before being donated to local charities.