68 °F / 20 °C 3:03 AM
iFly.com
Hanoi Noi Bai International Airport HAN is Vietnam's premier Airport and accounts for one third of international departures and arrivals among the three major airports in Vietnam. It serves greater Hanoi, as well as its satellite cities of  Vinh Yen, Bac Ninh and Thai Nguyen.  Skytrax named Noi Bai as 'the world's most improved airport' in early 2016.

Noi Bai Airport is located in the northeast part of Vietnam, in the Phu Minh community of the Soc Son District , 27 km from downtown Hanoi, its capital city - reached via the new Nhat Tan Bridge, or by National Road 3 which connects it with the eastern suburbs of the city.

With two long runways and 20.6 million passengers in 2016 Hanoi Noi Bai International Airport is currently the main hub of flag carrier Vietnam Airlines, and is major hub of low-cost carriers Vietjet Air and Jetstar Pacific.  It is also served by many other national & international airlines offering direct and connecting flights to all points of the globe.
In 2015, the first direct flights to North America are being launched.

Note to arriving passengers with checked baggage: It is important to know that, after collecting your baggage, you are required to present the remaining portion of your baggage claim ticket, attached to your airline ticket, to the attendant stationed at the terminal exit. Hold on to it and do not discard it prematurely. Otherwise you cannot prove that the bag you reclaimed is yours.

Visa Requirements:  Currently U.S. citizens will need a Vietnam Visa (available at the Vietnamese Embassy at both Washington, D.C. and San Francisco.  However, Vietnamese-American citizens or an American citizen married to a Vietnamese citizen, may apply for a 5-year visa exemption, allowing entry for up to 90 days without visa.


Current and future Airport developments:
- In May 2017 it was reported that Hanoi city seeks approval to add two more terminals at Noi Bai Airport (due to expected further passenger  & flight increases).
- As of July 4, 2017, Noi Bai Airport will upgrade T1, starting immediately, and will include 'redecoration', upgrade of electric system and adding more bus gates. The aim is to increase yearly passenger count at T1 to 15 million by 2018. 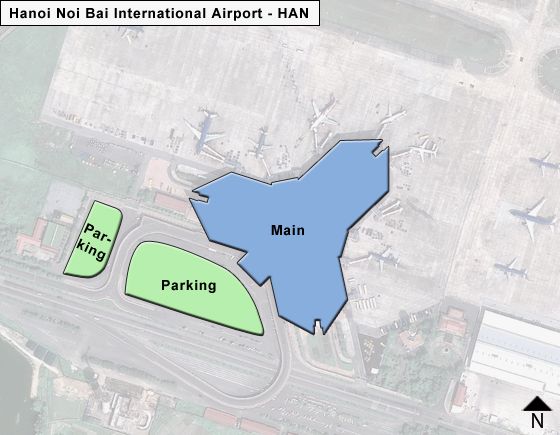 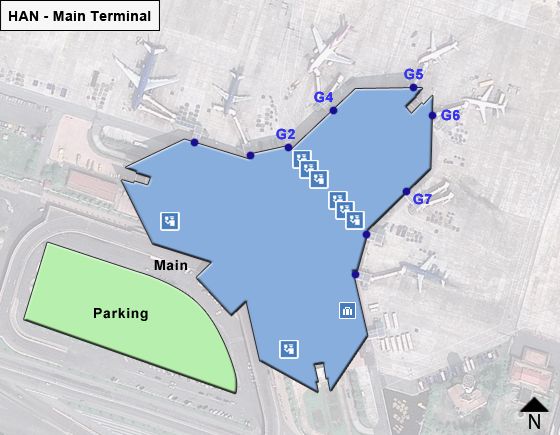