PHF Airport is located on the Chesapeake Bay, at Interstate Hwy. 64, Exit 255B (Jefferson Ave/Route 143) in the city of Newport News, State of Virginia.

With 2 runways and an 411,477passengers in 2016, Newport News Airport is presently served by some regular and low-cost  airlines offering nonstop flights to  U.S. hub cities with worldwide connections.

NOTE:  Since 2010 Williamsburg Airport has lost over half of its passenger count  (down to about 404,000 for 2015) and some of its airlines - due to the fact that two other airports in close proximity compete against each other, and that this airport offers no bus or rail service.

The passenger terminal at Newport News Williamsburg International has Concourses A & B.
On level 1 are airline ticket counters and rental car counters at opposite sides of the main entrance; the baggage claim carousels are right behind the rental car counters, which have next to it the Airport offices;  a connector there takes you to the security check  and B gates - while (near Hudson News) is access to security sceening, post-security restaurant and A gates.  Both the Main Terminal and the A & B gates are served by the Blue Sky Cafe.  Concourse A has gates A1-A6, Concourse B has gates B1-B10.
Other services and amenities include free WiFi throughout the terminal, meeting rooms, member business lounge, Welcome Center, Blue Sky Cafe, Hudson News, free WiFi access, ATM cash machines, baggage carts, vending machines, self-serve flower center, &  a small USO facility ear the American Airlines counter.

Free parking lot shuttles are available to the garage or premiere lots. 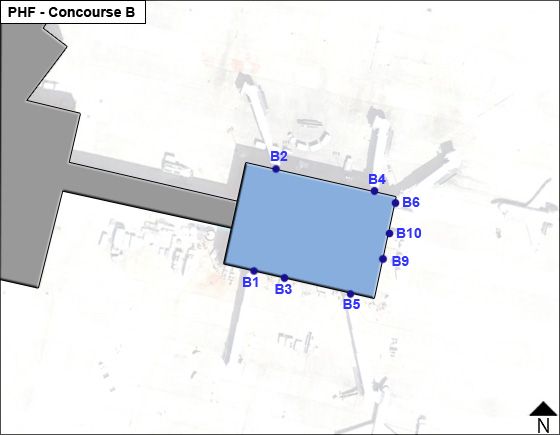 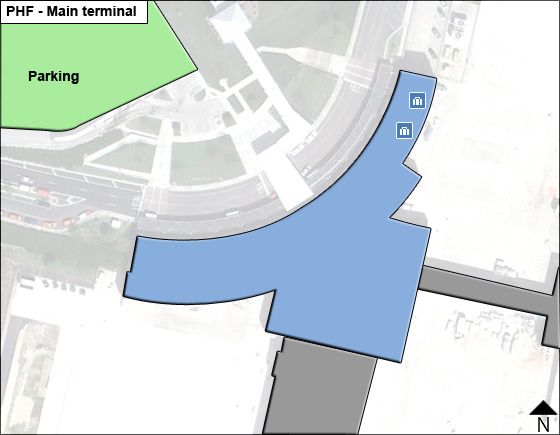 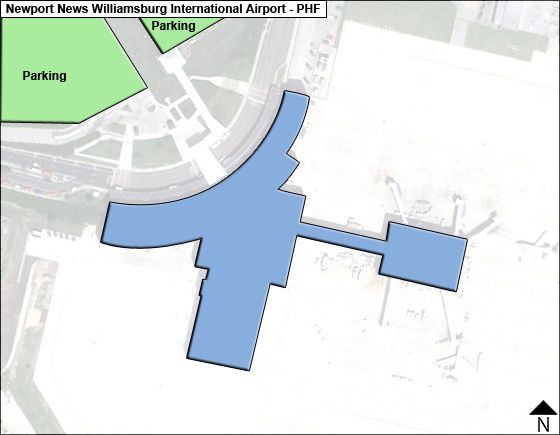 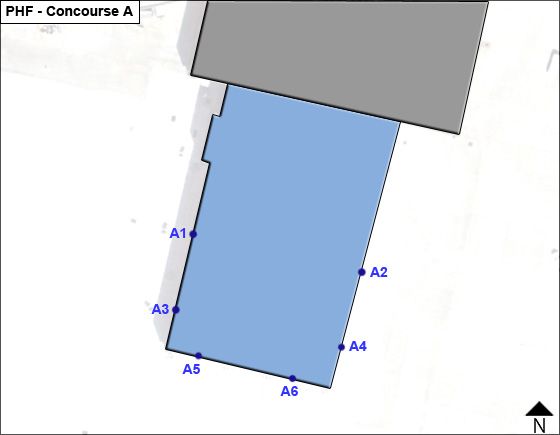