iFly.com
Osaka International Airport ITM (formerly named 'Itami Airport') handles - despite its name, only domestic flights for the Japanese cities of Osaka, Kyoto & Kobe in the Kansai region of Japan. (Osaka's international airport is Kansai KIX, which also serves some domestic flights, but is further away from central Osaka.)  Both ITM & KIX airports are connected by the Osaka Monorail.  Recently, Airport Operators Orix & Vinci were selected to officially operate both Kansai & Osaka Airports (each holding a 40 percent share, and 20 percent by minority shareholders).

ITM Airport is only 10 km north of central Osaka (and is the closest Airport to Kyoto).  While airport land is within Hyogo Prefecture, the terminal complex itself is in Toyonaka, Osaka Prefecture. The only access to the Airport is by a long tunnel passing below runway & apron.

Osaka International Airport is mainly served by JAL in the North Terminal and ANA & Ibex in the South Terminal. 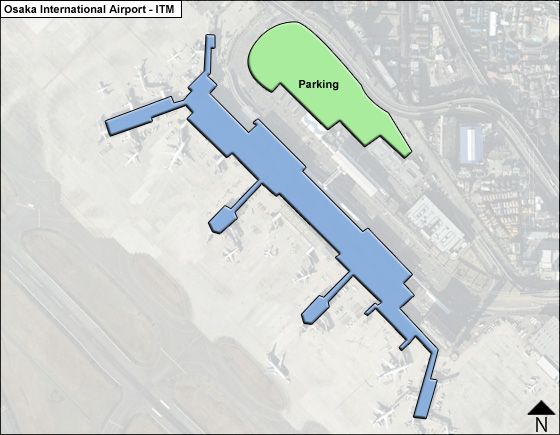