90 °F / 32 °C 10:42 AM
iFly.com
St. Croix Henry E. Rohlsen Airport STX - also referred to as HERA - serves the island of Saint Croix - part of the US Virgin Islands.  It is operated by the Virgin Islands Port Authority (who also operates St. Thomas Cyril King Airport).  The terminal is open 5:30am-11pm.
HERA Airport is located ten miles southwest of Christiansted, on the southwestern side of Saint Croix island.

With a long runway, and an estimated 1.8 passengers annually, St. Croix Airport is currently served by domestic airlines and by commuter carriers - so-called 'island hopper' planes - who shuttle between islands.
There is also a quick ferry service available during high season between Charlotte Amalie on St. Thomas and Christiansted . 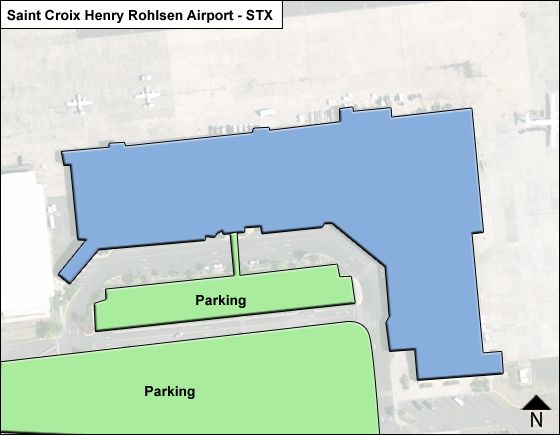