81 °F / 27 °C 10:40 PM
iFly.com
Vienna International Airport VIE is gateway not only to Vienna & other Austrian Cities, but also to five neighbouring countries (Poland, The Czech Republic, Slowakia, Hungary, and Slovenia). Skytrax handed Vienna Airport in 2015 & 2016 'Best Airport Staff in Europe' award, and in September 2015 considered it a '4-Star-Airport'.  The EMAS-price for environmental protection was received in May 2016. In May 2017 ACI declared it as 'Best Airport in Europe' in the 15-25M passenger range.

The Airport is located in the town of Schwechat, outside Austria's capital City Vienna, or about a 25 minute drive from city center. It is accessible via motorway A4 and freeway B9.  Note that the Airport access road parts between Arrivals(left) & Departures (right). Both the subway (S-Bahn) and the CAT train stations are located across from the Arrivals area.

With two long runways and 23.4M passengers in 2016, a host of airlines serve the airport with direct and connecting flights to all points of the globe.

Vienna International Airport has one integrated passenger terminal with Concourse gates B, C, D, & F & G. For Terminal details at this site open ‘Terminal Map’ and scroll down to the text;  for ground transportation open: ‘Ground Transportation /Buses & Trains.
(Rental car desks are inside the Arrivals level of Vienna Airport and pickup/dropoff is in the lot adjacent to carpark 4.)

Present and future Airport developments:  A new project - done in several phases - is to increase passenger comfort, expand food & store offerings, and create a central security area serving gates B, C & D - tentatively scheduled for completion by 2023 - and include:
- considerable upgrade and expansion of both Pier East & Terminal 2, including walls, floors, lighting & roof renovation.
- adding a connector building at T3's south side with more space for food, shops & waiting areas - and linking it to both T2 & T3.
In June 2017 the Austrian Court gave permission to add a third runway. 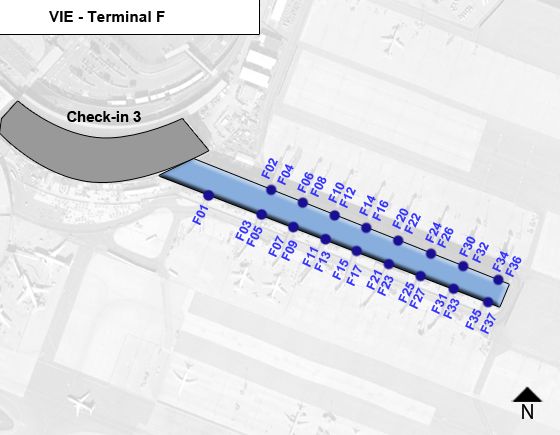 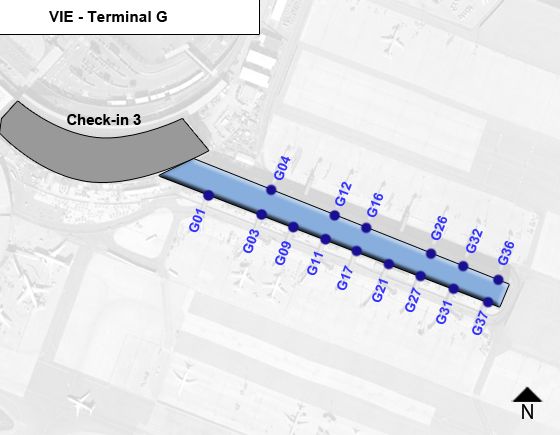 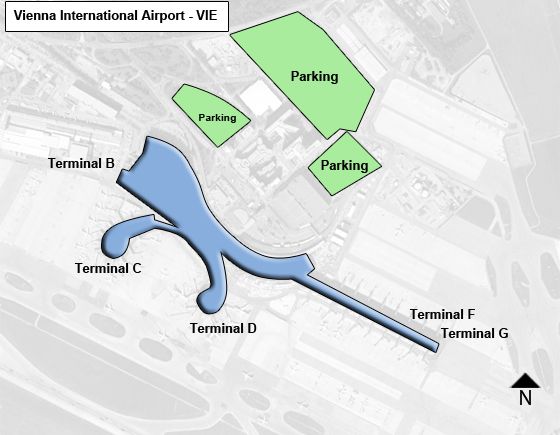 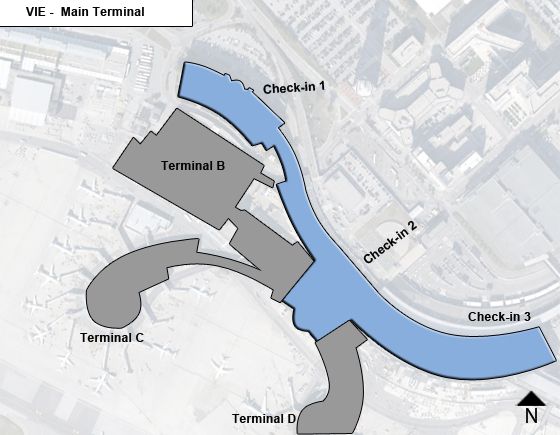 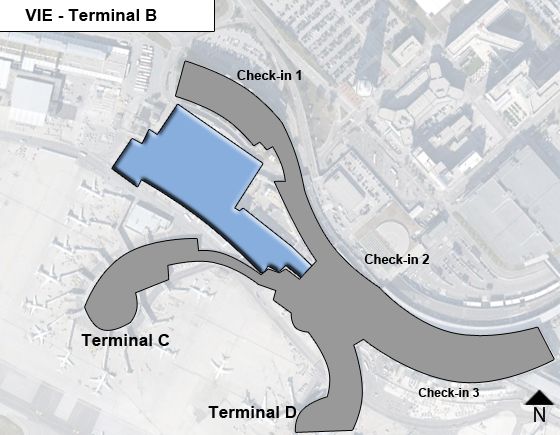 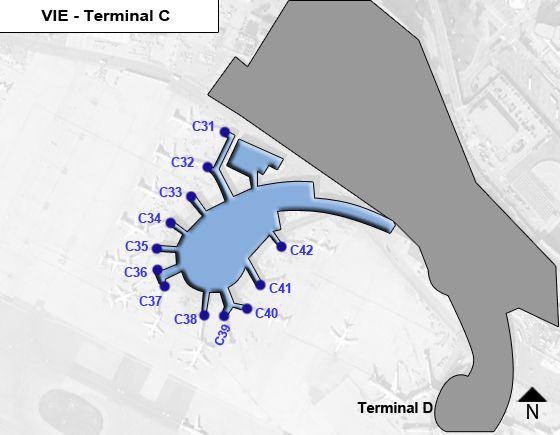 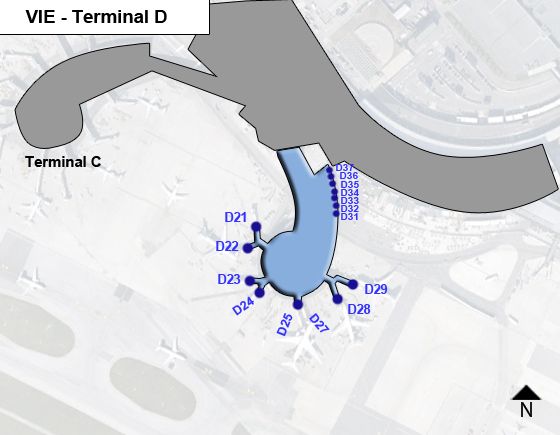