MEX sustains 35,000 jobs directly and around 15,000 indirectly in the immediate area. The airport is owned by Grupo Aeroportuario de la Ciudad de México and operated by Aeropuertos Servicios Auxiliares, the government-owned corporation, which also operates 22 other airports throughout Mexico.

To see the terminal locations and for more information, please refer to the MEX Terminal Map here.

Many transport options are available for passengers from Mexico City Airport. There are plenty of options for traveling including rental cars, bus, shuttle, taxi, rideshare services, etc.

There are multiple rental car agencies located on site at Mexico City Airport. The counters are located near the central entrance of the terminal building on the lower level.

Taxi turns out to be one of the best ways to get to and from Mexico City Airport with an average trip time of 20 minutes. It is very important to pay attention to the distances and times before using the taxi services in Mexico City.

There is no intercity or commuter passenger rail network in Mexico; the only passenger trains in the city are the lines of the suburban railway (tren suburbano) and the light railway (tren ligero).

For visitors to have a great stay, Mexico City International Airport provides plenty of amenities and services including: 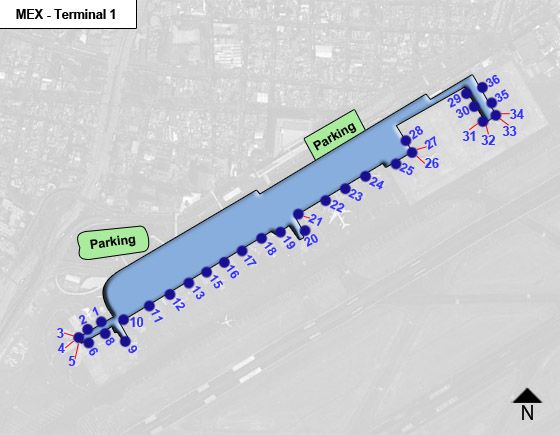 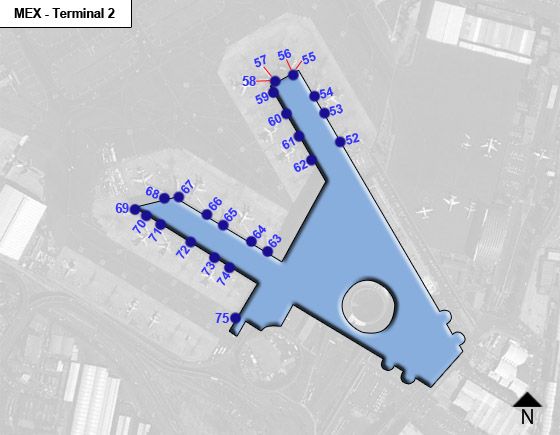 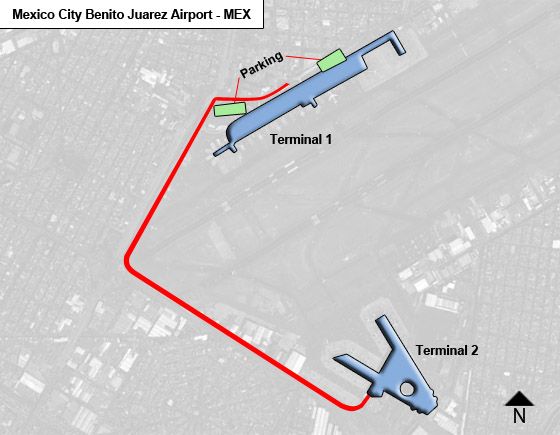 Mexico City International Airport offers a variety of services for business travelers, including free access to and use of Internet (WiFi) throughout the terminal building and a Business Center with private work areas and free WiFi and Ethernet LAN internet access.
You can fly to many cities from Mexico City International Airport. Please have a look at our direct flights page to see where you can fly.
Lost and found items are handled by Airport Dispatch, which is available 24/7, including holidays. If you believe you may have lost an item on an aircraft, you must contact the airline. Items may be picked up from the airport without an appointment, at no cost or shipped back to the owner at their expense via the Airport’s chosen package delivery service.