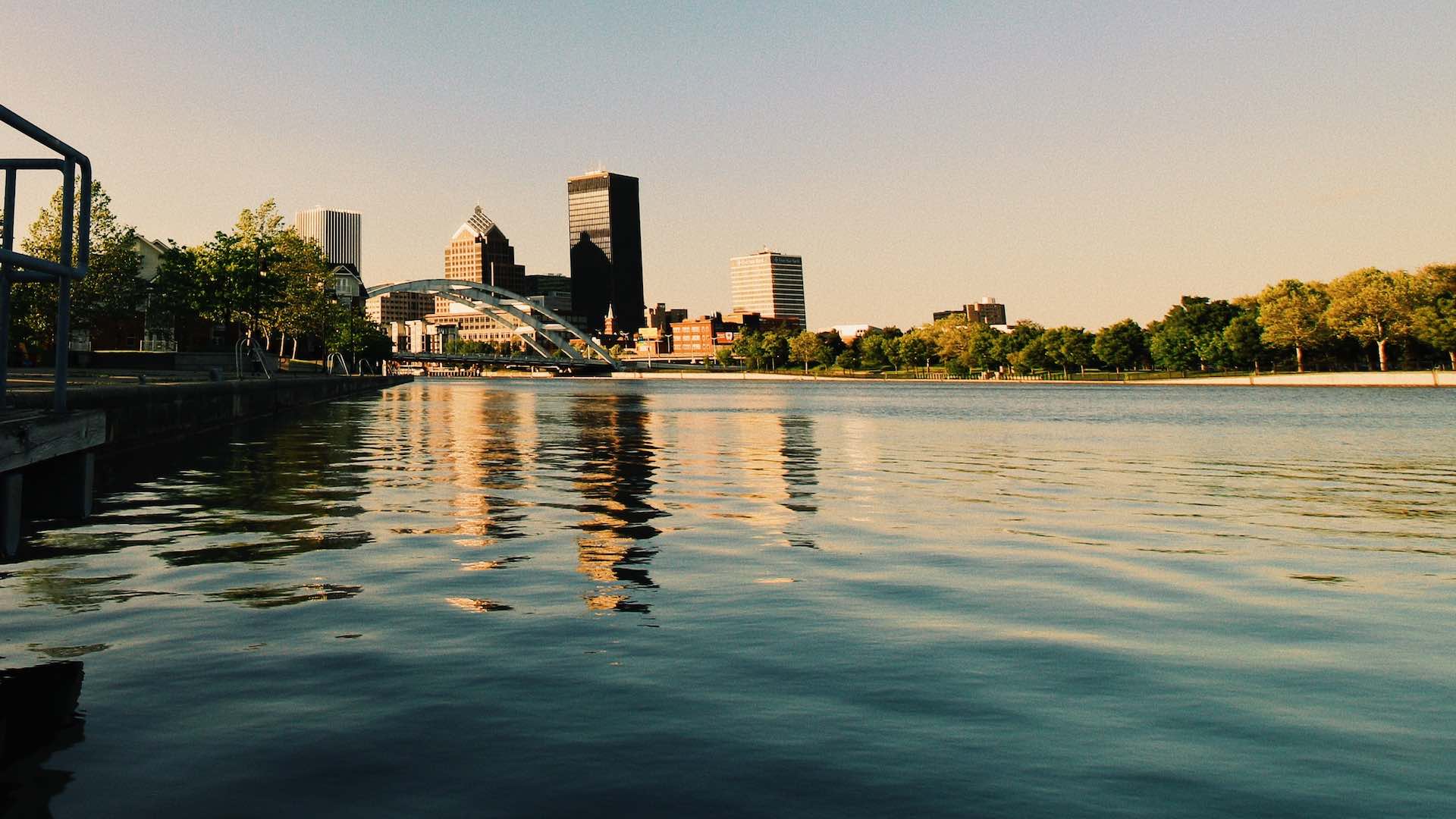 Frederick Douglass - Greater Rochester International Airport is a public airport in New York. It is owned and operated by Monroe County.

ROC airport is located within the City of Rochester, three miles (6 km) southwest of Downtown, in Monroe County, New York. It covers an area of 1,136 acres (460 ha).

To see the terminal location, and for more information, please refer to the ROC Terminal Map here.

The Hourly Parking Lot is an outdoor parking facility and should be used when parking for less than a few hours.

Garage parking is the only covered facility at the Frederick Douglas – Rochester Airport. It is equipped with elevators and stairways between levels.

Passengers can choose among a variety of options for ground transportation after arriving at the airport. The various options include buses, rentals, airport shuttles, etc. In addition to this, many passengers also opt for ride services such as Uber, Taxis, and Lyft.

Car rental counters at Rochester Airport are located on the lower level adjacent to the baggage claim area. The top car rental providers at ROC include Hertz, Enterprise, and more

The Rochester Airport is serviced by the Rochester Transit Service (RTS) throughout the day. The bus shelter is located on the lower level roadway, east end of the airport.

To make your stay awesome, Rochester Airport provides visitors with many different amenities and services including: 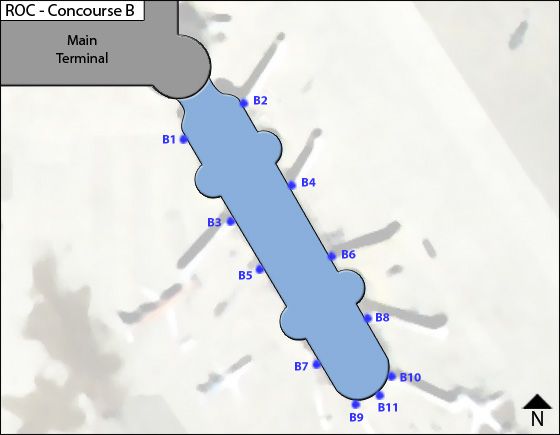 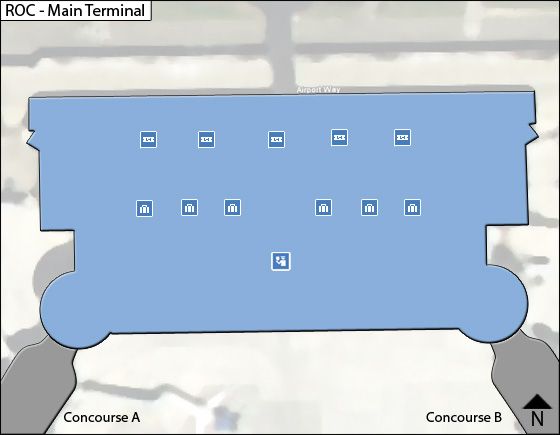 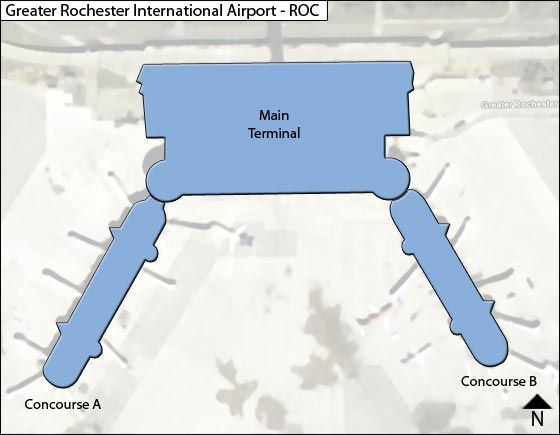 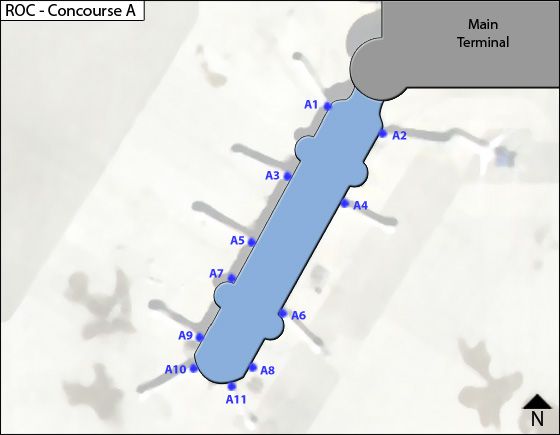 E-ticketed passengers must have a boarding pass before they can pass through security. Passengers can attain boarding passes at the ticket counter, at a self-serve kiosk, or online.
The Airlines do not offer curbside check-in for luggage at ROC. However, they do offer curbside assistance for passengers who require wheelchair assistance and assistance with their luggage.
Passengers are usually permitted to bring one carry-on and one personal item, such as a briefcase, laptop, or purse. This may vary by airline and aircraft type.