58 °F / 14 °C 5:49 AM
iFly.com
Cape Town International Airport CPT serves South Africa's city of Cape Town and its surrounding areas. It is one of the countries  three major airports, and presently  Africa's third-largest airports. Its service ranks among the highest in the world, as evidenced by ACI's repeated global awards for both Best Airport and Best Improved Airport in Africa. In March 2017 Skytrax voted it 'Best Airport in Africa'.

CPT Airport is located southeast of the Epping Industrial Center, and 22 km from the city center of Cape Town (called 'Mother City'), and is directly accessible via the N2 freeway (Settlers Way), exit 16, or indirectly from the R300 (Cape Flats Freeway) via M12, M10 & M22.
An ExecuJet facility is near the southern end of the main runway catering to business jets.

With 2 runways and over 10 million passengers in 2016, the Airport is a hub for South African Airways and is served by a multitude of major and minor national and international airlines offering direct flights to destinations in Africa, Asia, Europe & the Americas, with connections around the world.

- Flight arrivals/ departures: If using your mobile phone to send an SMS - add your flight number to the number 35007, whereupon you will receive up-to-date details.
- Passengers with Special Needs: (a) Contact  your airline 48 hours in advance for wheelchair assistance from check-in desks to aircraft & from aircraft to arrivals hall.  (b) Use hotline number +27 (0) 21 935 3737 to request a wheelchair from terminal to car outside.
-The 'Pick up & Go' area is on the ground level of the P1 Parkade.

The on-Airport 'Road Lodge' hotel is owned by the City Lodge hotel chain. 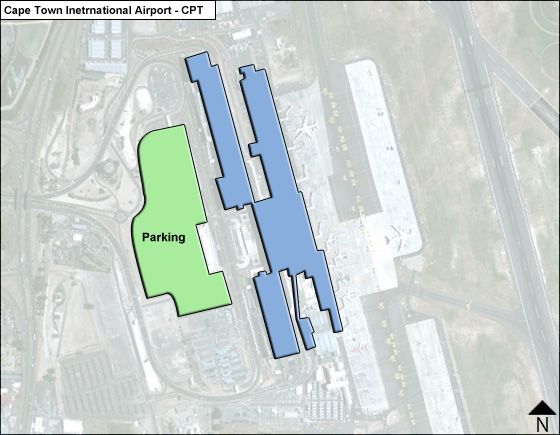