The airport is operated by the Grand Forks Regional Airport Authority. It covers an area of 1,618 acres (655 ha).

The passenger terminal at Grand Forks Airport designed by JLG Architects, is a two-story building. The first floor has an inline checked baggage screening system. On the second floor, The Grand Forks Regional Airport Authority has several offices, along with the TSA security checkpoint.

For more information, and to see the terminal location, please refer to the GFK Terminal Map.

Short-term parking is available in two lots - Lot A and Lot B.

Lot A and Lot B can be used for long-term parking as well.

Passengers have many options for ground transportation after arriving at Grand Forks International airport. From public transport to rental cars to taxis, and more, they can choose according to their requirement and convenience.

For visitors to have a wonderful time, Grand Forks Airport provides plenty of amenities and services including: 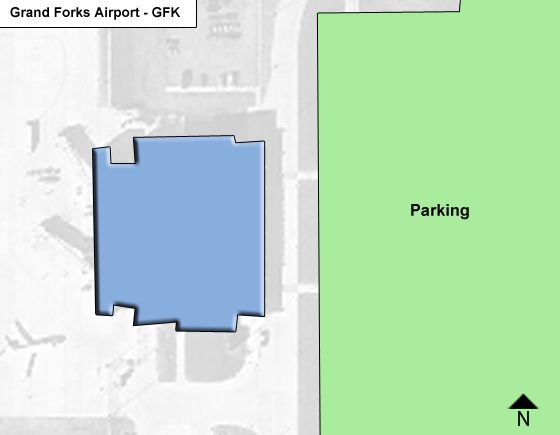 Yes. While the official name is Grand Forks International Airport, it is also referred to by its IATA code GFK.
You can fly to many cities from GFK Airport. Please have a look at our direct flights page to see where you can fly.
You may also contact the Airport Authority's Lost & Found office during normal business hours.