Reno Airport is a public and military airport located three miles (6 km) southeast of downtown Reno, in Washoe County, Nevada, United States. It is the gateway to Reno’s casinos and is only a 30-minute drive from the Sierra Nevada mountains and the year-round recreational playground of Lake Tahoe, which is 20 miles east of the Airport.

RNO is named after both the City of Reno, Nevada, and Lake Tahoe. It is owned and operated by the Reno-Tahoe Airport Authority.

Reno-Tahoe International Airport offers safe and well-lit parking in the Parking Structure, conveniently located across from the terminal building.

Nine different rental car agencies with rental car pick up are available right outside the terminal building. All nine rental car counters are located in Baggage Claim, with the exception of Payless Car Rental.

City Bus service is provided by RTC Ride between the airport and downtown Reno. The city bus pick-up and drop-off location are at the north end of the center curb, outside of Baggage Claim. Please follow the directional signs posted.

The passenger waiting area for taxis and limousines is located outside of the D Doors located north of Baggage Claim.

To help you have an amazing stay, Reno-TahoeInternational Airport provides visitors with different amenities and services including: 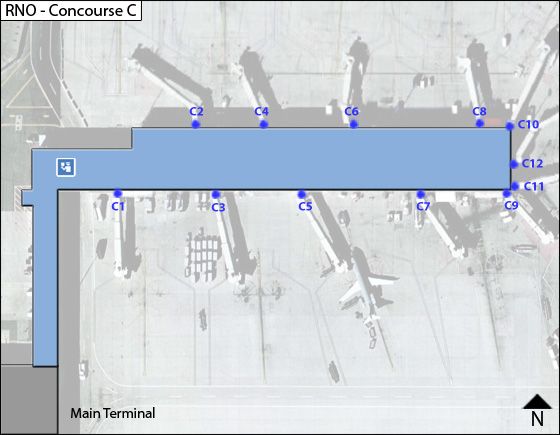 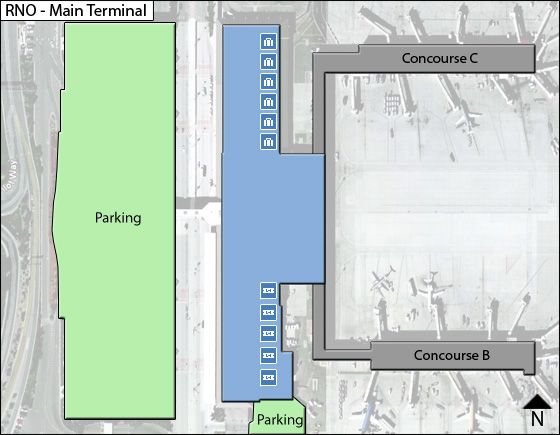 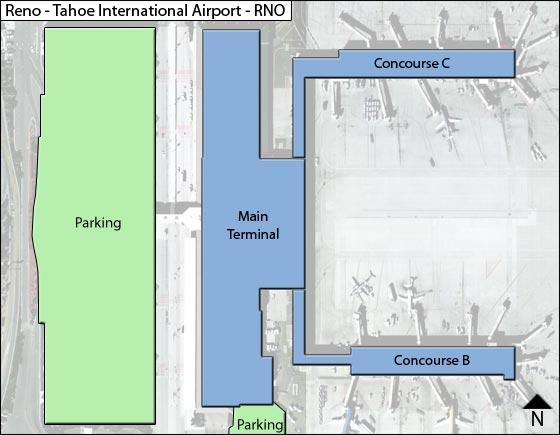 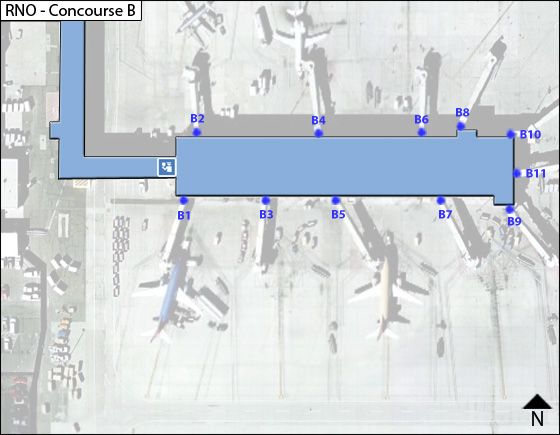 Reno-Tahoe International Airport offers two Dog Parks to four-legged passengers. At the Gate K-9 Bark Parks. For traveling, every airline has different rules, regulations, and restrictions regarding pets on aircraft. Please contact each airline directly in regards to their individual policy.
Unfortunately, since the events of September 11th, for security reasons, the Reno-Tahoe International Airport does not have lockers or any storage facility for customer luggage.
The Reno airport does not have any designated smoking areas within the terminal building. The only designated smoking areas are located outside the main doors of the terminal building, just north of the skywalk and at the north end of the baggage claim. Seating and ashtrays are provided.
Call the airline prior to departure to ensure flight information is correct and that the flight is on time. For specific flight information, you can contact the airline directly.