More detailed information for getting around MIA can be found below. 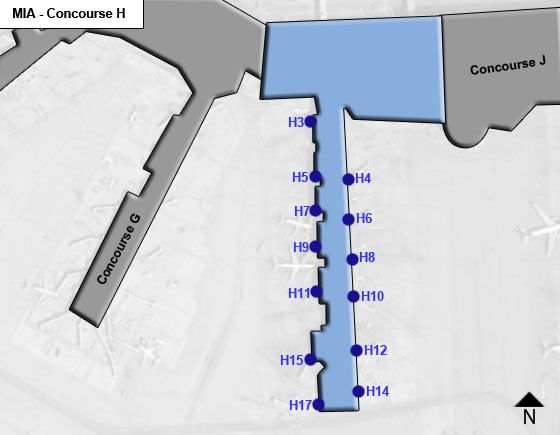 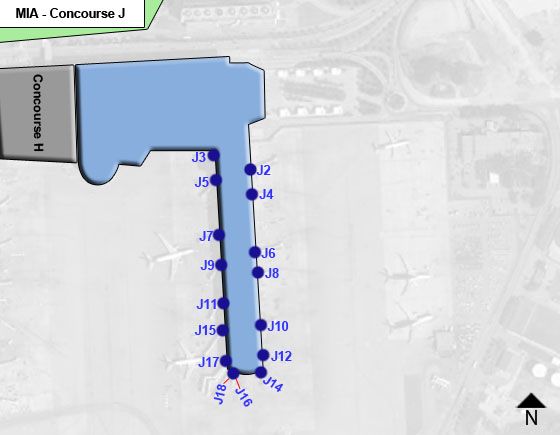 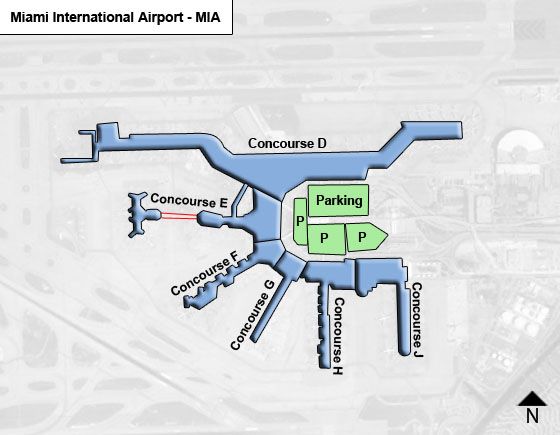 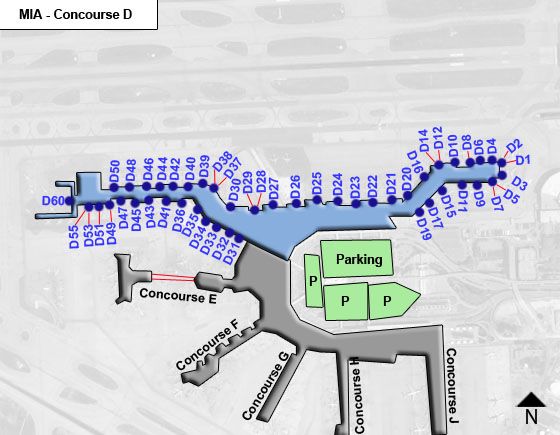 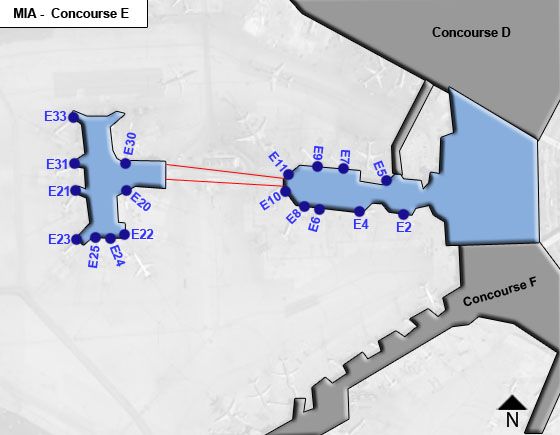 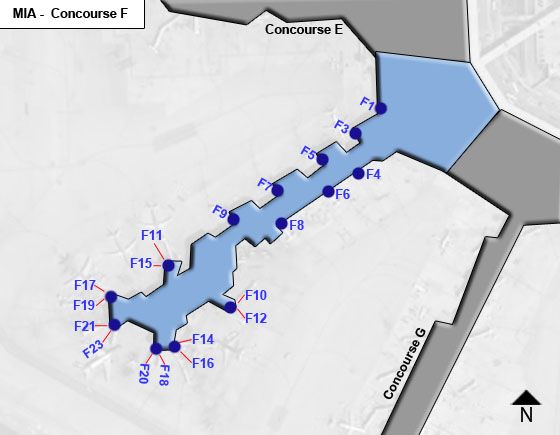 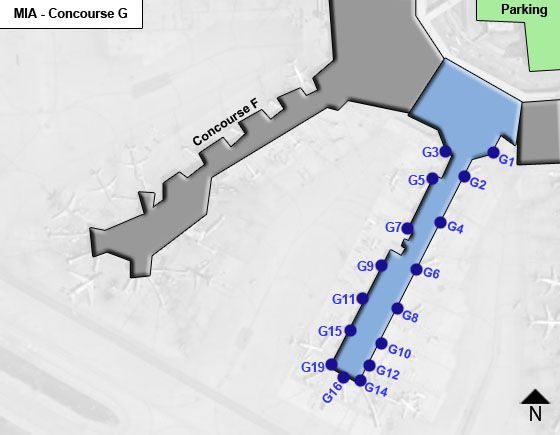 Getting Around at MIA:

- Skyride Connector is a moving walkway on level 3, connecting all terminals (with 4 stops inside Concourse D) and parking areas.
- Elevated Skytrain at North Terminal services the 1-mile-long Concourse D,  with 4 stations between east and west Gates D17 & D46 and completing its route within 5 minutes.
- MIA Mover is a 1.25-mile-long elevated people mover system connecting passengers from the airport to the rental car center.
- Miami Metrorail: The quickest and most economical way to get to areas between Palmetto, Earlington Heights and Dadeland South, is by taking the Miami Metrorail: The new Miami Airport Metrorail Station's Orange line connects at Earlington Heights to the Green line  heading north to Palmetto - while both Orange and Green lines proceed south  to Dadeland South.
- APCs  (Automated Passport Control kiosks) can be used by U.S. citizens & its green-card holders, by Canadian citizens, by passengers with only carry-on bags, and by passengers of all visa waiver countries - speeding up waiting time.
- Mobile Passport (http://mobilepassport.us) - CBP (Customs) mobile app for iOS & Android devices enables passengers to enter & submit passport & customs declaration info by using their smartphone or tablet. Eligible are U.S. citizens & Canadian citizens with both valid passport & B1 or B2 visa status.
- International Arrivals from Concourses D, E & F are being processed in the North Terminal's new 3-level Arrivals Facility. Its passport control hall has 72 processing lanes, able to handle 2,000 travelers/ hour; is also houses 30 passport control kiosks (APCs) for passengers who are US & Canadian citizens or citizens of visa-waiver countries. Six lanes and 12 Global Entry kiosks are specifically designed for Global Entry program members.  Level 2 houses 5 baggage claim carousels - with access to Sky Train on either side, connecting to all other gates. The first level has a large greeting lobby.  U.S. Customs & Immigration areas are located at (a) South Terminal J (exit a level 3, or if transferring to another flight take elevator to level 2);  and b) at North Terminal D (exit at level 1, or if transferring to another flight take elevator to level 2). ).
- International Arrivals at South Terminal will be processed at Arrivals J.  Unless you have gone through US customs clearance by participating airports, you need to go through passport check, retrieve checked bags, go through customs clearance and - if transferring to another flight - re-check-in bag on level 2, from which you can then connect to your next flight.
- TSA Security Checkpoints: Concourse D Checkpoint 4 (serving mainly passengers of  American Airlines at Concourses D & E) opens during the rush hours between 8-10am and 6-8pm.  Concourse D's checkpoint 2 is exclusively for TSA Pre-check passengers.
- 'MIAmamas' for Nursing Mothers are located on each of MIA’s concourses ( two at Concourse D, one a Concourse E Satellite.
-  Indoor Pet Relief Areas (SARA): The first of 4 opened at post-security, Gate D-34 (there are also 3 outdoor facilities)

TERMINAL DETAILS:   ('Food Truck Fridays' is located across from Park 8 entrance,  at the corner of NW 22 Street & Permeter Road.)

Have a question about Miami Airport?