iFly.com
Shanghai Pudong International Airport PVG is China's third-busiest airport and a major aviation hub in Asia, especially in the East Asian region. It was completed in 1999 to relieve the congestion at Honqiao International Airport, which is 40 km away. The intention was to divert all international flights to Pudong Airport, however, in the course of the following years Honqiao obtained a few of its own international services.  China Eastern now owns 38 percent of Pudong (and 50% of Honqiao) airports.   A recent passenger survey voted Pudong as 'Best Airport on the Chinese Mainland'.  In Feb. 2017 Pudong Airport was recognized as the country's leading provider of aviation services.

PVG Airport is located in the eastern corner of Pudong New Disrtict (within Shanghai city limits) and is 30 km from the city center of Shanghai, southern China. Pudong Airport occupies 40 square km, adjacent to the coast line of the East China Sea. Yingbin Road which runs through the Airport, and Fareast Road located at the Airport's west side, together link to Shanghai's outer & inner roads.
The outer ring road connects Pudong Airport to Hong Qiao Airport (a 1-hour drive), while the inner ring road leads to the People's Square at Shanghai City Center. The Shanghai Maglev High-Speed Train takes passengers from the passenger terminals to downtown Pudong in a mere 7.5 minutes.

With four long runways and 66 million passengers in 2016, Shanghai Pudong Airport is the main hub for China Eastern and Shanghai airlines, and a major international hub for Air China. The Airport is served by a host of domestic and international airlines offering direct and connecting flights to all points of the globe.

Shanghai Pudong Airport has two passenger terminals - T1 and T2.  For Terminal details at this site open ‘Terminal Map’ and scroll down to the text;  for ground transportation open ‘Ground Transportation: /Buses & Trains.

NOTE:
- China has granted a 72-hour 'visa-free transit' for nationals of over 50 countries, including the U.S.
- Same City - Same Price:  Shanghai's chain stores and restaurants at both Pudong & Hongqia Airports pledged to to keep prices on par with those they charge in the City. Also, 20 international food chains & convenient stores agreed to this arrangement.

Present and future Airport Developments:  The $3.24B Airport Expansion Project is to be tentatively completed by 2019 and includes:
- A fifth runway - 3,400-meter long - currently under construction.
- A new huge satellite concourse S1- currently under construction - with 105 gates - scheduled  to open in 2018.
- Phase 3  started late 2015 - broken down into three parts:
- the first of which includes 'tarmacking' of T1/T2 linking taxiway, 16 overnight aircraft stands, 10 taxiway bridges & a satellite hall with 61 parking spaces close to gates;
- the second & third parts involves the terminal area with a 522,000 sq.meter satellite hall, a 12,900 sq.meter terminal complex (including overnight accommodations), 2 underground tunnels, baggage system, metro system, and other related improvements. 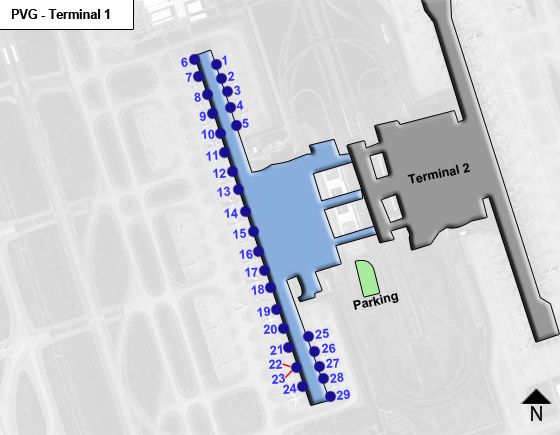 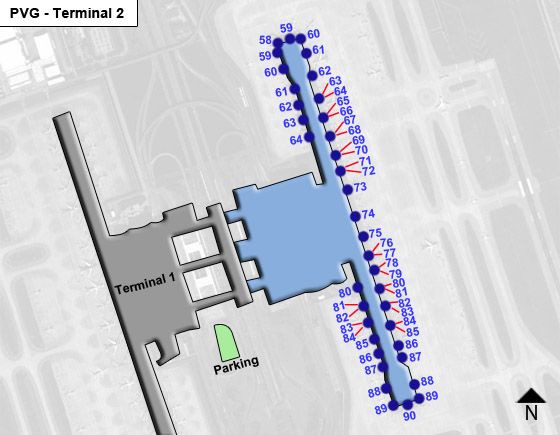 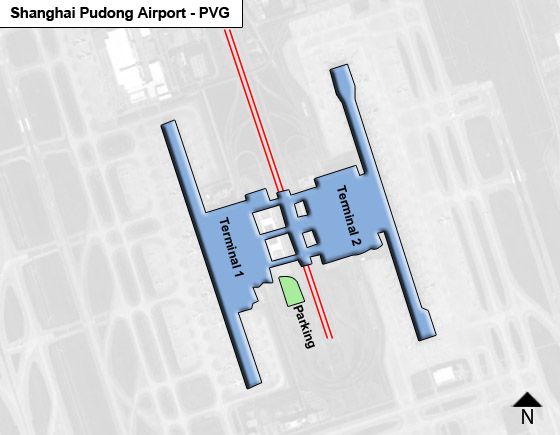